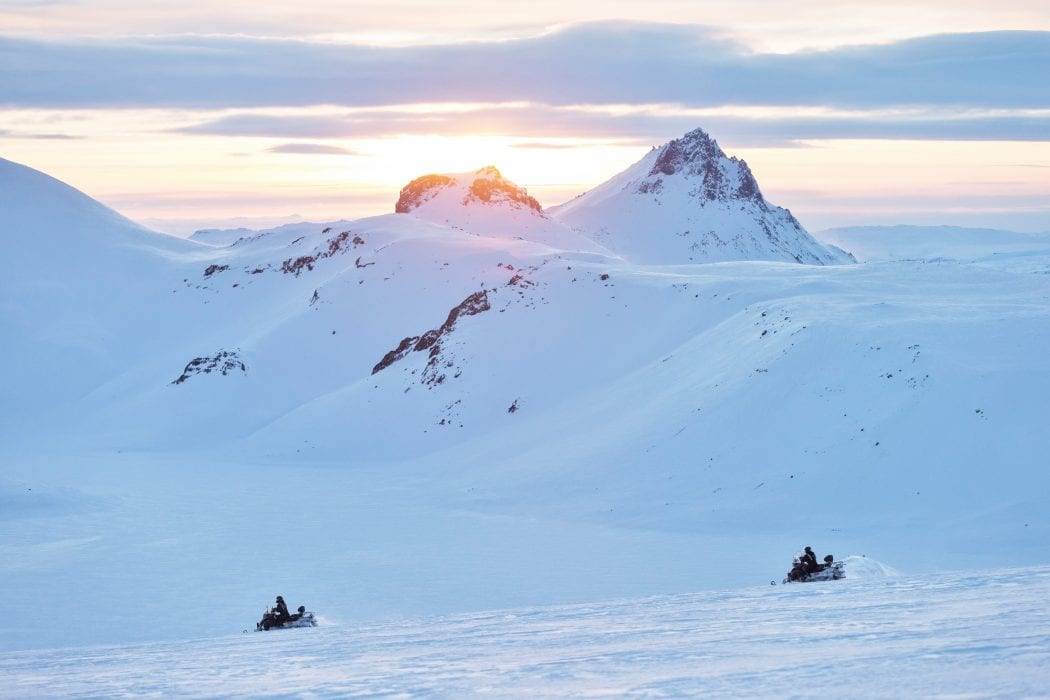 The Green Future of Tourism

When it comes to any field of our lives, we need to be aware of our environment and the precious nature that sustains all life. It is a sad fact that environmental pollution is threatening our planet and thereby our very own existence.

However, there is light in the dark. When it comes to protecting the environment, the tourism sector is a big factor and plays an important role. In recent years, ecotourism or sustainable tourism as it‘s often referred to as has been growing around the world and it could be said that the UN‘s declaration of ecotourism in 2002 was a milestone for this ongoing mission of protecting our planet. All sectors within the tourist industry need to reflect and look for ways in which they can reduce or better yet eliminate pollution, especially but not limited to CO2 emission, as well as look for projects they can support. For example, reforestation and reclamation projects, environmental conservation and litter picking, and even supporting advances in eco-friendly technology, such as solar and wind power projects, electric vehicles are all worthy projects. If all tour operators and travel agencies put their weights on the scale of ecotourism and take the UN declaration to heart putting its guidelines into practice, it will be possible for us to start an environmental revolution resulting in a massive positive impact. This needs to take place not only in tourism but in all sectors and all industries, all over the world.

Mountaineers of Iceland have been exploring ways in which to reduce our CO2 emissions, as well as seeking ways in how to bind the emissions already taking place. In terms of supporting environmental projects, Mountaineers have chosen to team up with the Soil Conservation Service of Iceland and Bláskógabyggð Municipality, in order to start a reforestation project in Bláskógabyggð, in close proximity to Mountaineers‘ area of operation. With the growing mostly of birch trees on barren land, it is our goal to carbon neutralize all our emissions in a few years time and continue on to carbon neutralize even past emissions whilst creating a green and beautiful environment in Iceland. 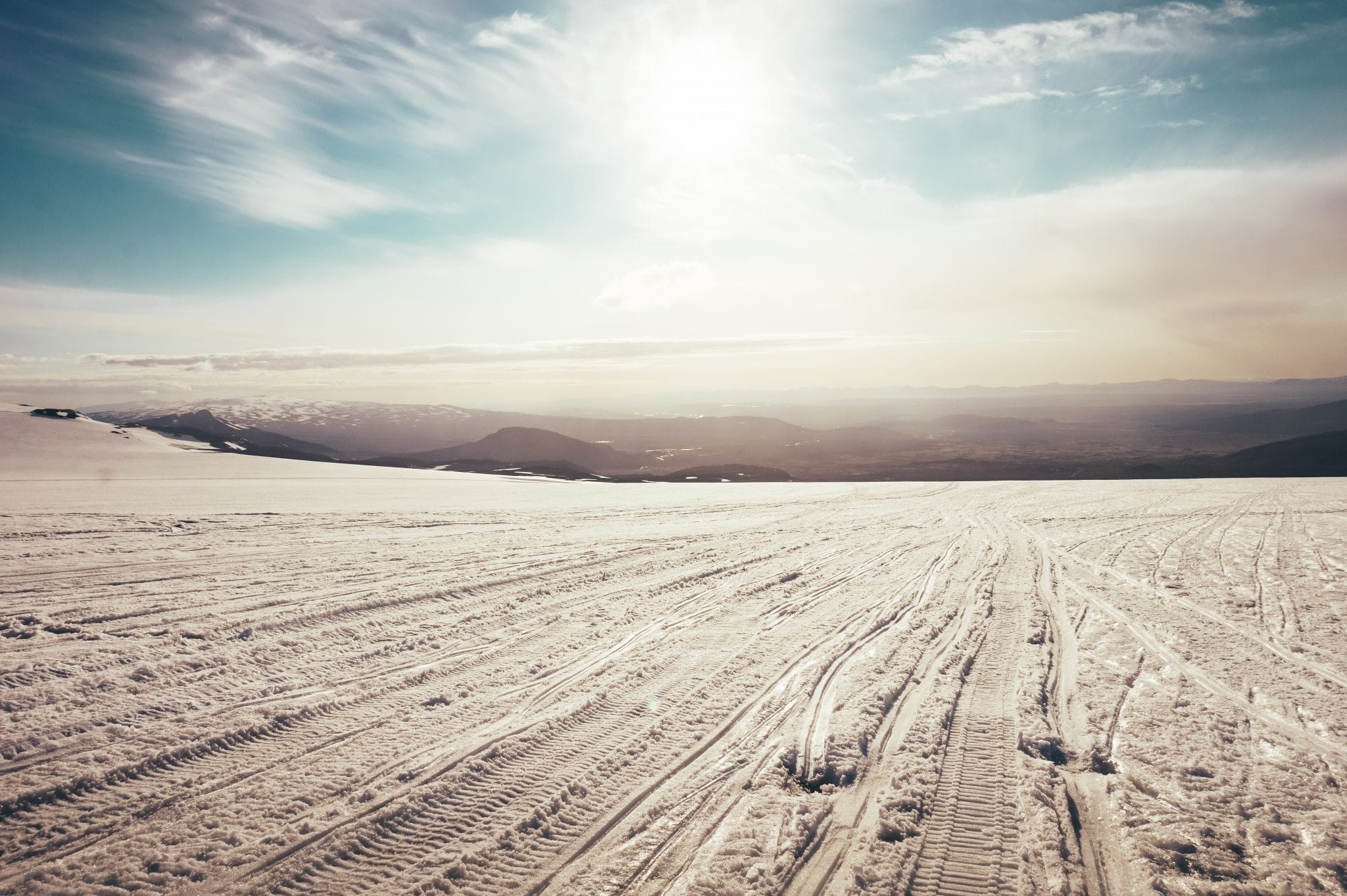 This goal should be made all the easier combined with our other environmental goal of adopting electric snowmobiles into our fleet. Recently, there has been much advancement in the development of electric vehicles and even though the snowmobile has been left a little bit behind its big brother, the automobile, there is much promise now. Taiga Motors is at the cusp of officially releasing the world‘s first mass-produced snowmobile, with the production models scheduled to be launched in 2018.

Mountaineers operate on Langjökull glacier in Iceland, which in wintertime can go down to around minus 10°C to minus 20°C. One might then ask: Would the battery really last long in such a temperature? The answer: Yes. According to Taiga Motors, the electric snowmobiles can punch quite a pack, with around 95% capacity at a stunning minus 40°C. They also seem to have the perfect range for our day tours as they can reach up to 100 km in distance per charge, with a 50 min. rapid recharge when needed. Weighing under 230 kg, these vehicles are lighter than their fossil fuel counterparts that usually weigh in around 300-400 kg. With lowered main point of gravity and instant throttle response, they are handling-friendly and well balanced. Acceleration and speed will not be an issue for the thrill-seeker as the snowmobile can go up to 100 km/h in just 3.2 seconds, beating even powerful sports cars. The second best part is that they are quiet, especially compared to conventional snowmobiles, putting the driver more in touch with nature and giving him or her a much more enjoyable experience on the glacier. The best part: Zero pollution. The fact that these beauties will be charged with Iceland‘s clean and renewable energy means that it‘s one of amongst the most environmentally friendly tour activities you can partake in.

With that being said, one might think it‘s too good to be true… well, we‘ll have to find out next year but for now, we are shaking with excitement and once officially released and proven successful, the electric snowmobiles could well become a major revolution in the world‘s snowmobiling industry.

Here are some of the snowmobile tours that will include electric snowmobiles, once available: 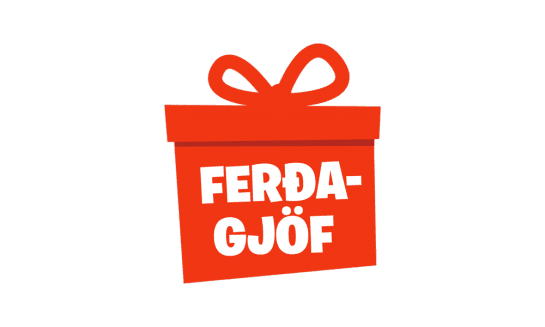 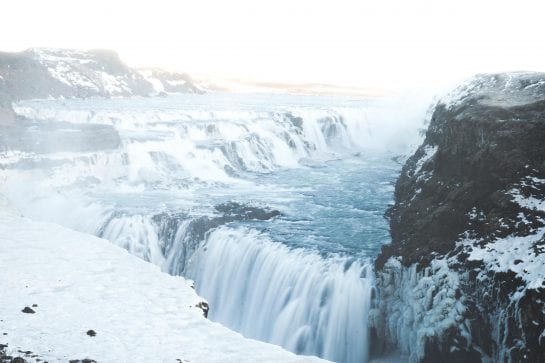 Being one of the highlights of the famous Golden Circle, it is undeniably the most… 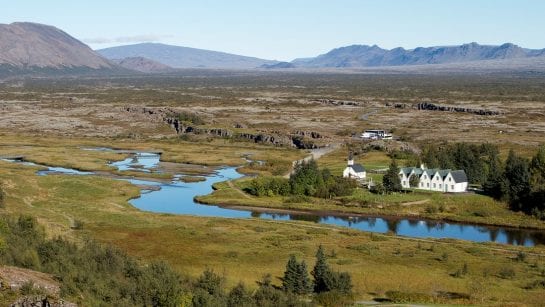 Here are 10 Fun Facts About Iceland It‘s the safest country in the world. Iceland…

We at Mountaineers of Iceland are very concerned about the safety and health of our employees and our customers. It is very important for us to keep everything clean. All in all, we follow a hygiene plan that is in our safety plan and the recommendation of the Medical Director of Health regarding hygiene.
As a result, we have taken these measures for Covid-19 and other comparable infectious diseases:

- Before settling into our vehicles, everyone needs to disinfect their hands. Also before coming to our local offices at Langjökull to dress in appropriate clothing.
- Customers are all given a clean buff (headscarf) to prevent helmet contact.
- We try our best to ensure that it is 2 meters between customers. We also ask our clients to respect the 2-meter rule.

All contact surfaces are cleaned several times a day and also the overalls and helmets are sprayed with detergent after use with a substance called Virkon. It is an antiseptic and kills any germs it comes into contact with. The scarves and gloves are then cleaned at the end of the day and used only once a day to prevent infection.