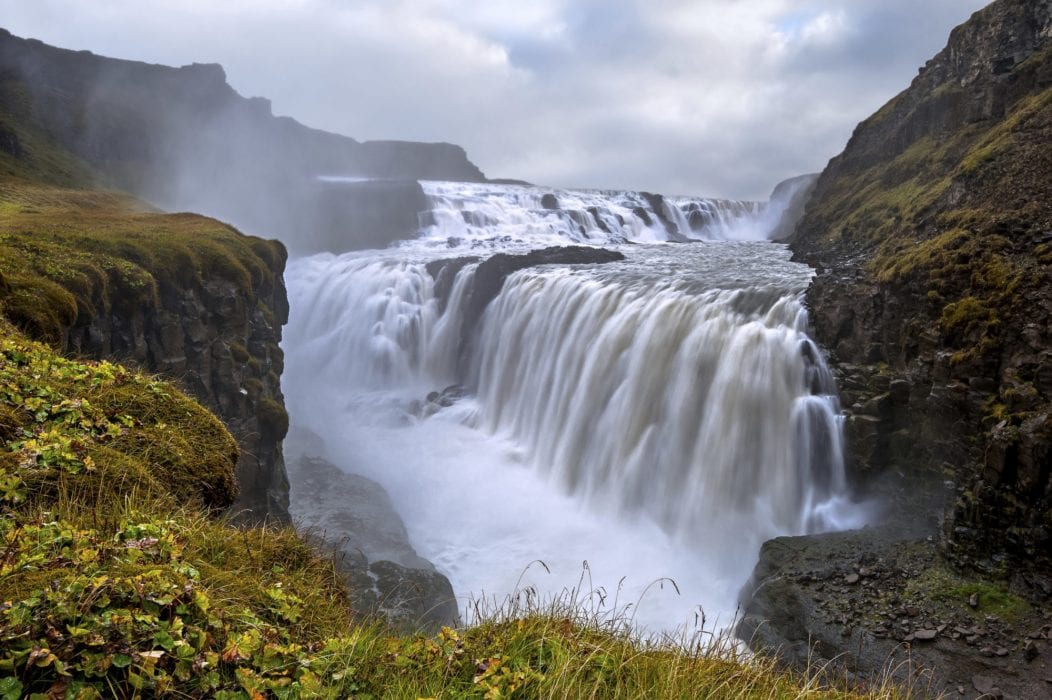 Here in Iceland, we have a lot of waterfalls, they are almost everywhere. If you are visiting Iceland you should take some time to explore the waterfalls and observe the beautiful nature that Iceland has to offer. We listed down our top 5 waterfalls in Iceland but just to be clear it was a difficult pick – many other waterfalls are phenomenal.
Here are our top 5: 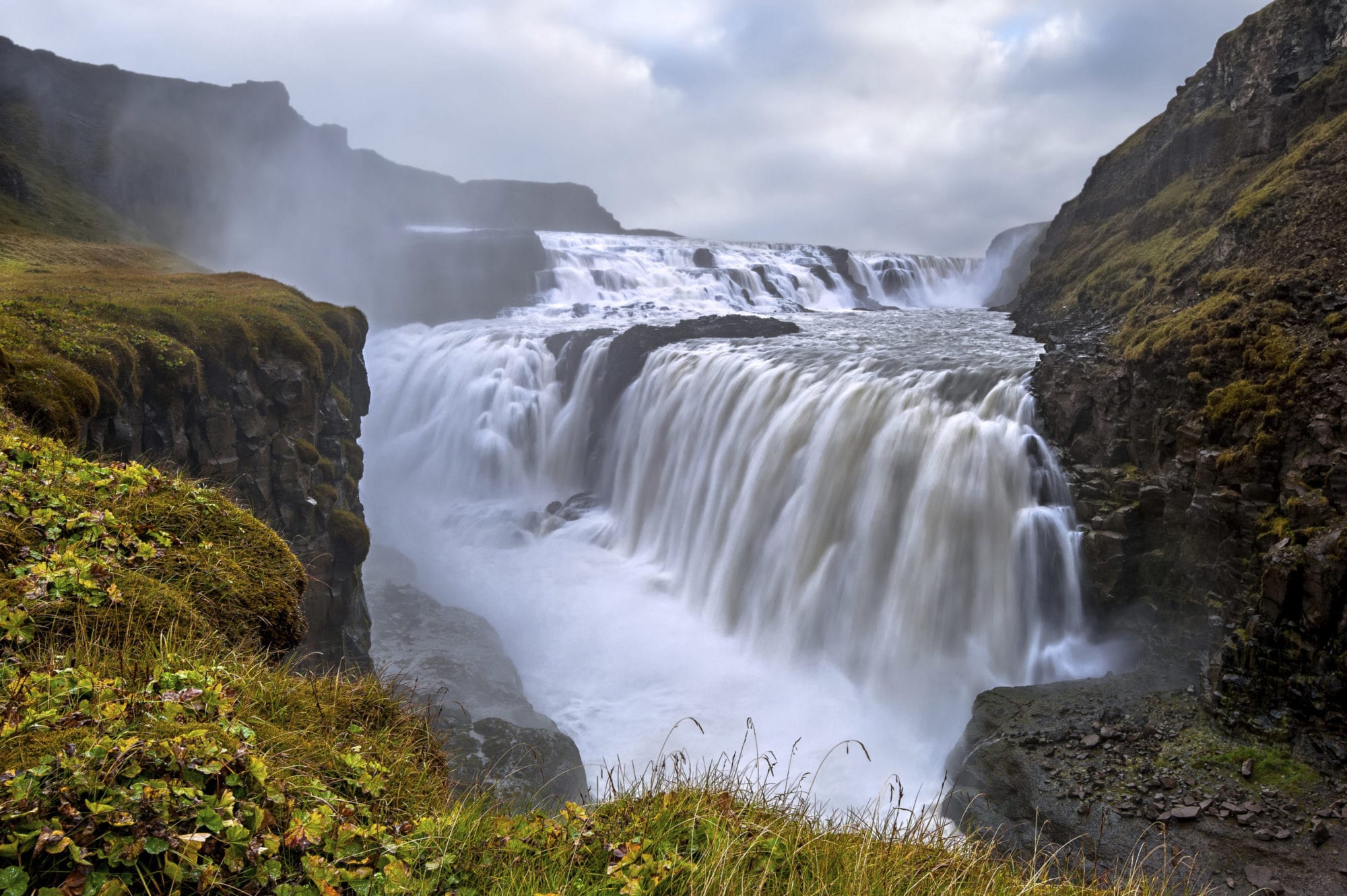 Gullfoss waterfall or the Golden fall is without a doubt Iceland‘s most popular waterfall. Gullfoss is located in Southwest Iceland in the canyon of Hvítá (e. White river) which is fed by Langjökull glacier, the second biggest glacier in Europe. The waterfall is one of the most popular tourist attractions in Iceland and it is part of the popular Golden Circle tour. The name of the waterfall comes from the color of the water – on a sunny day the water truly looks golden-brown.

One of our most popular day tours, The Pearl Tour, includes a stop at Gullfoss waterfall. For further information, look here: https://mountaineers.is/tours/the-pearl-tour-golden-circle-super-truck-tour-snowmobiling/ 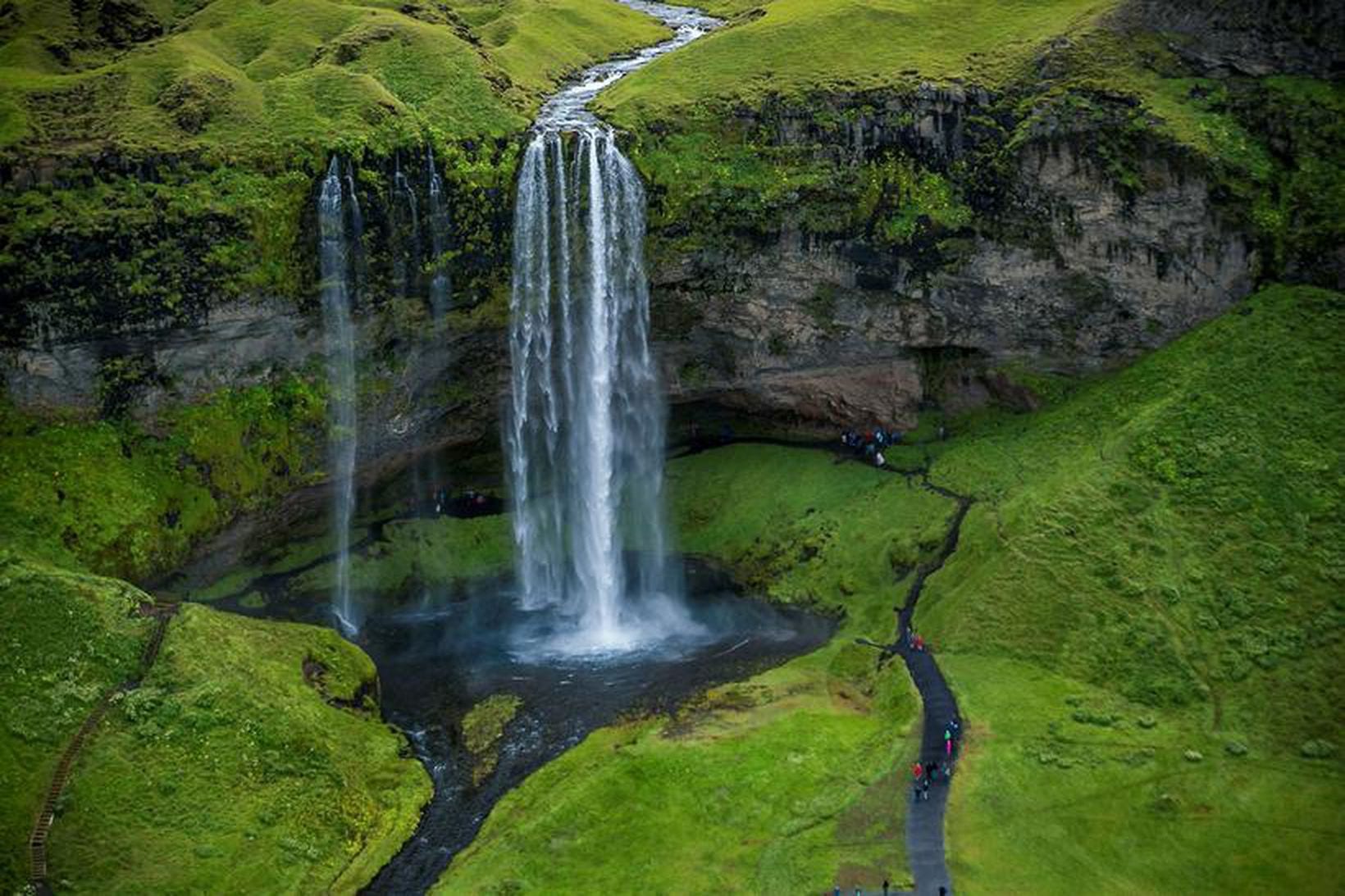 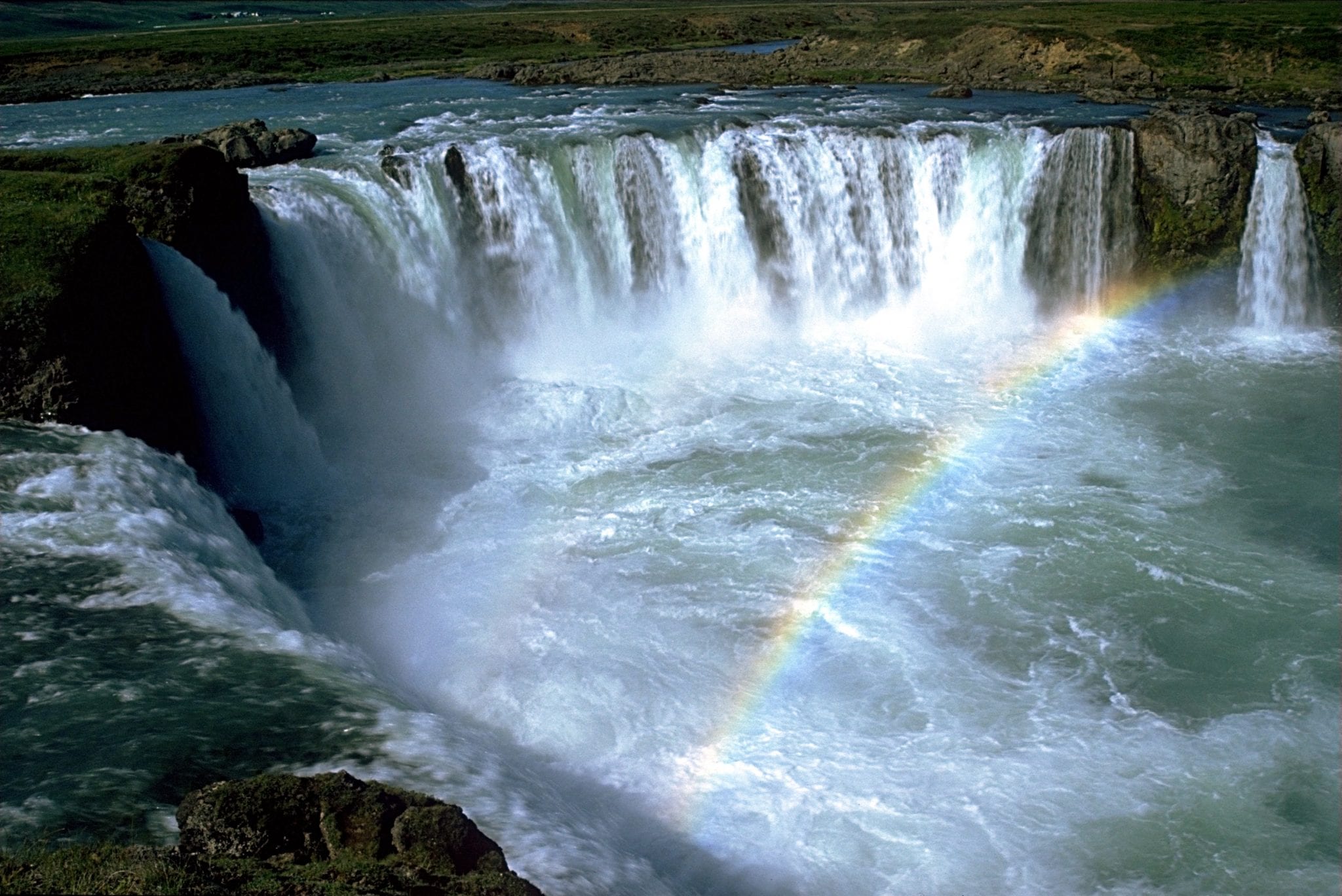 Goðafoss or the Waterfall of the gods is located in the North of Iceland. The waterfall is connected to the conversion to Christianity here in Iceland in 1000. Þorgeir Ljósvetningagoði is said to be the one who helped convert Iceland to a Christian country. He is said to have thrown statues of the old Norse gods into the waterfall after his conversion.
Goðafoss falls from 12 meters height over a width of 30 meters. It is one of the most spectacular waterfalls in Iceland. The rock formation surrounding the waterfall makes it unique – This waterfall will take your breath away. 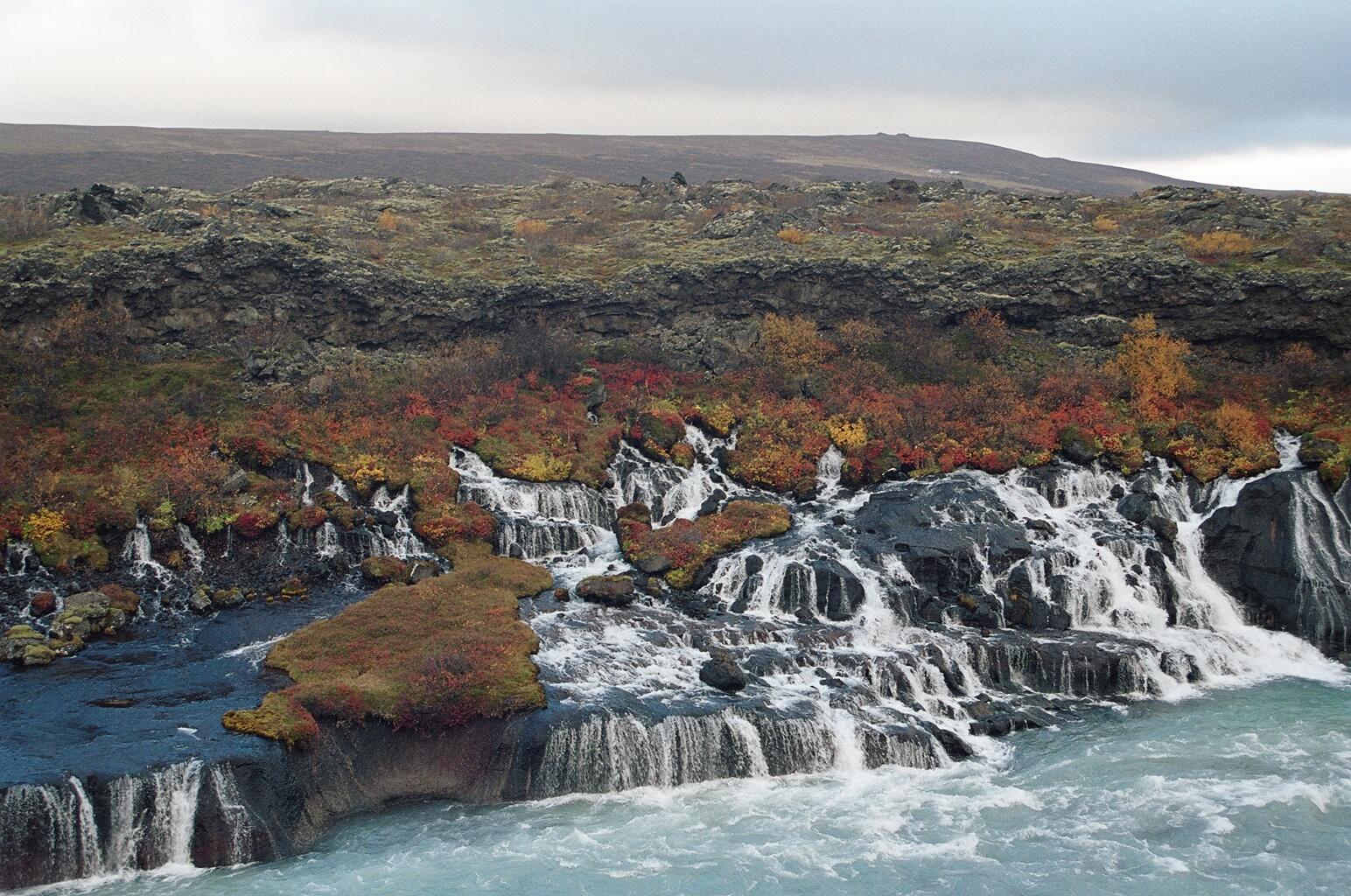 Hraunfossar or Lava falls are a series of waterfalls over a distance of 900 meters. Hraunfossar is located in Western Iceland. The water streams out of Hallmundarhraun (lava field) and the waterfalls flow into Hvítá (e. White river). This lava field came from one of the eruptions from a volcano under Langjökull glacier and you can see the glacier from the waterfalls. These waterfalls are a true natural wonder.

In one of our tours, Lava and Ice Adventure Into the Glacier, we make a stop at Hraunfossar as well as Barnafoss (waterfall near Hraunfossar). 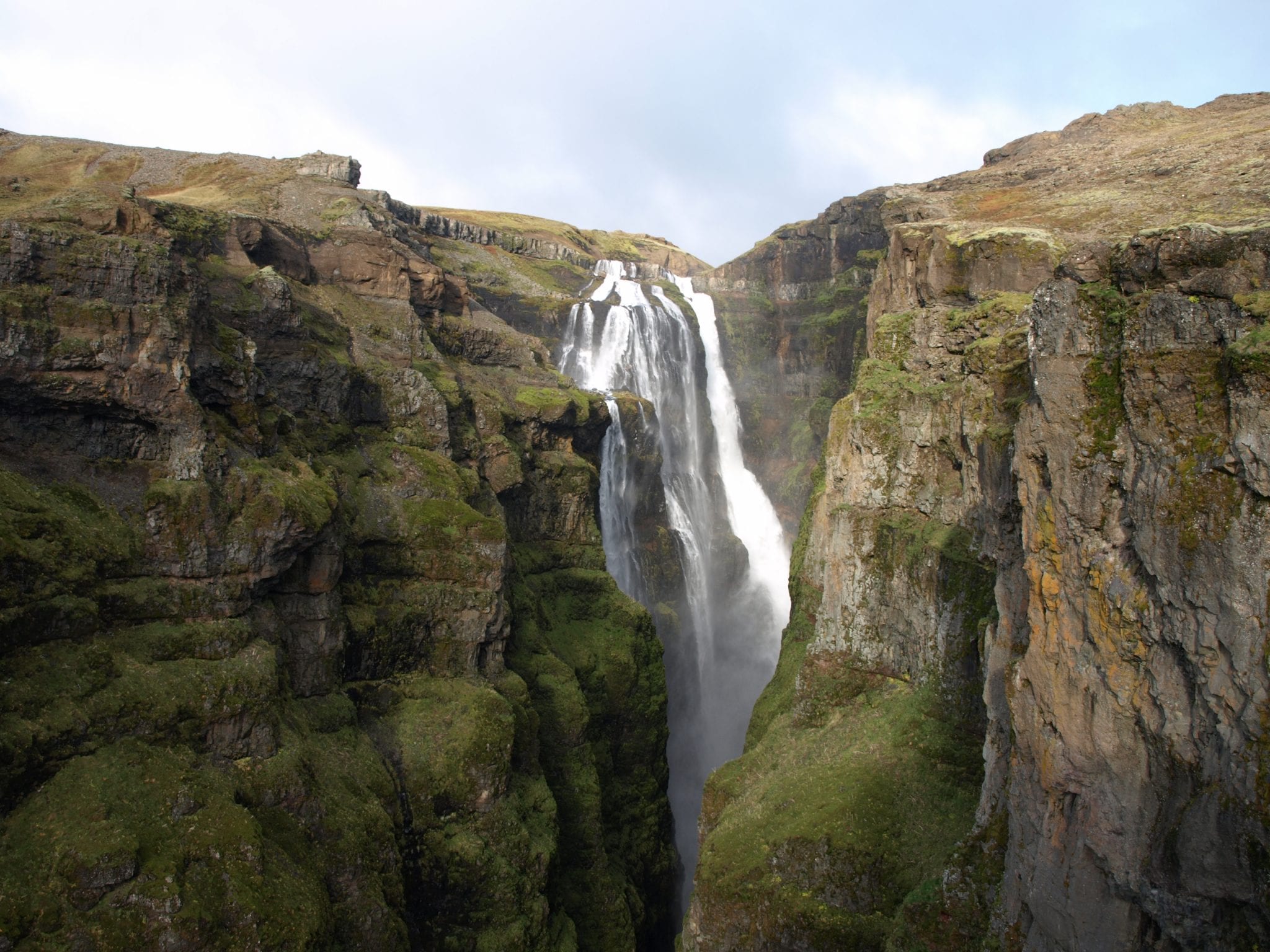