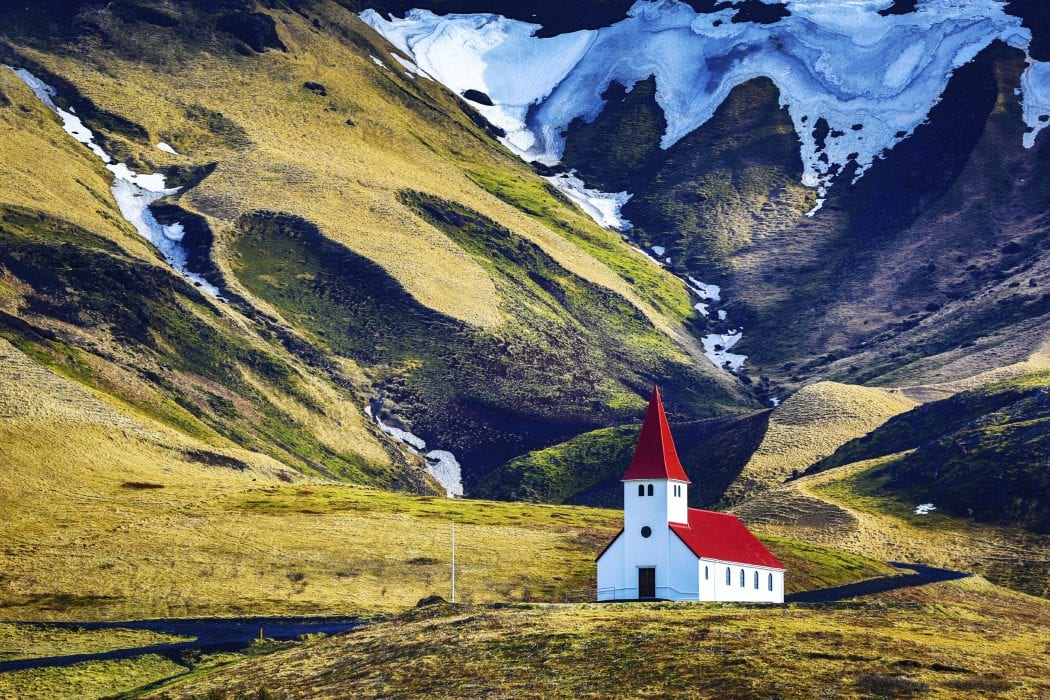 The Icelandic Version of Religious Tolerance

During the 9th and 10th Centuries, Iceland was settled by Norse people.

Iceland was settled by Norse people during the ninth and tenth centuries. They were all more or less heathen. Their gods names Óðinn, Þór, Freyja, Hlín, Heimdallur and others are the same as other Germanic people worshipped in pre-Christian times.

Thanks to an Icelandic medieval author, Snorri Sturluson, we have knowledge of the mythology Norsemen and other Germanic people lived by for a great length of time. Snorri was a 13th-century scholar and chieftain. His Edda is the most thorough source for ásatrú, as the heathen religion is called.

Christianity was consigned to the cultural sphere of the Roman Empire during the time of Icelandic settlement. A Germanic tribe, Franks, became a leading Christian force after the pope in Rome anointed the Frankish king Charlemagne Holy Roman emperor in 800. The Franks, who governed an area that we now call France and Germany, began subsequently to influence the religious affiliation of the Nordic people.

Christianity won its way to the Nordic countries with brute force and bloodshed. Local warlords seized upon the new religion to bolster their mandate for power, much in the same way as Frankish kings had done in Western – Europe centuries before. Eventually, they would succeed and become kings.

The Icelandic system of governance, adopted after the island had been settled in the mid-tenth century, was called þjóðveldi or commonwealth.  It was designed to prevent any central authority to emerge. Icelanders disliked the idea of having a king, possibly because of adverse experience in other Nordic countries where kings subjugated the people – often in the name of Christianity.

The chieftains who ruled the country numbered about 40. Their title was goði, a word that derives from guð or god.  Goði performed a double role. He was the guardian of peace and laws as well as a religious leader.  The old Icelandic word for religion is siður which means custom or ethics. The intertwining of religion and laws is now alien to most western cultures. One does not have to look further than to Muslim communities in modern times to understand the connection.

Performing religious acts as well as for settling disputes by law was done locally. Every district had is own hof, a place of worship, and there the relevant public would gather for communion and justice. The gathering was called þing or thing presided by goði.

The chieftains, goðar in the plural, convened at allsherjarþing, meaning thing for everyone or Althingi, every summer at Þingvellir which is centrally located in Iceland and is now a national park. This form of governance was unique in Europe, if not the world, and lasted for more than 300 years.

Althingi in the year 1000 was an unruly site. New faith had in the previous years made some headway through Christian missionaries. A few of the chieftains, goðar, had accepted and baptized to Christianity. A great majority hold firm to the old faith. As with religion in a contemporary world, it was difficult to have it both ways. One had to choose between Christianity and heathen faith.

We have a record from Íslendingabók, The book of Icelanders, about the proceedings of althingi that pivotal year. The two fractions, heathen and Christians, made it clear that neither group would yield.  There was a serious risk that the commonwealth would be ripped apart with each fraction demanding absolute adherence to different religious convictions. According to Íslendingabók the leader of Christian fraction submitted it to the foremost goði, Þorgeir Þorkelsson, to decide the issue.

Þorgeir went to his camp at Þingvellir, drew a fur over his head and uttered not a word for a day and a night. He rose the morning after and summoned people to Lögberg where the main chamber of althingi met. His speech that July-morning in the year 1000 is a lesson in statecraft.

Þorgeir began his speech by analyzing the situation. He stated that without one law and one custom there would be no peace. We should not give notice to those in either camp that held the most extreme views, he said, but seek a middle ground. Before he gave his verdict Þorgeir took an oath from everyone present that they accepted his conclusion.

Þorgeir then proceeded to announce a remarkably modern solution to a problem that is still present worldwide. He said that everyone should be baptized to Christianity but it was only necessary for the name. If people wished to practice the old faith they could do so in private. Customs such as heathen abortion (to allow unwanted newborns to die unattended in the open) were allowed as well as consuming horse meat which was banned according to the reading of the Bible at that time.

In essence, Þorgeir’s solution was that faith should be a private matter. The compromise was accepted at alþingi in the year 1000 and provided a smooth relationship between religious conviction and matters of the law. Icelanders became religious tolerant people by a unanimous decision in a democratic assembly. It was only later under the foreign rule that we were subjected to strict adherence to the scripture. But that is another story.


Error: API requests are being delayed for this account. New posts will not be retrieved.