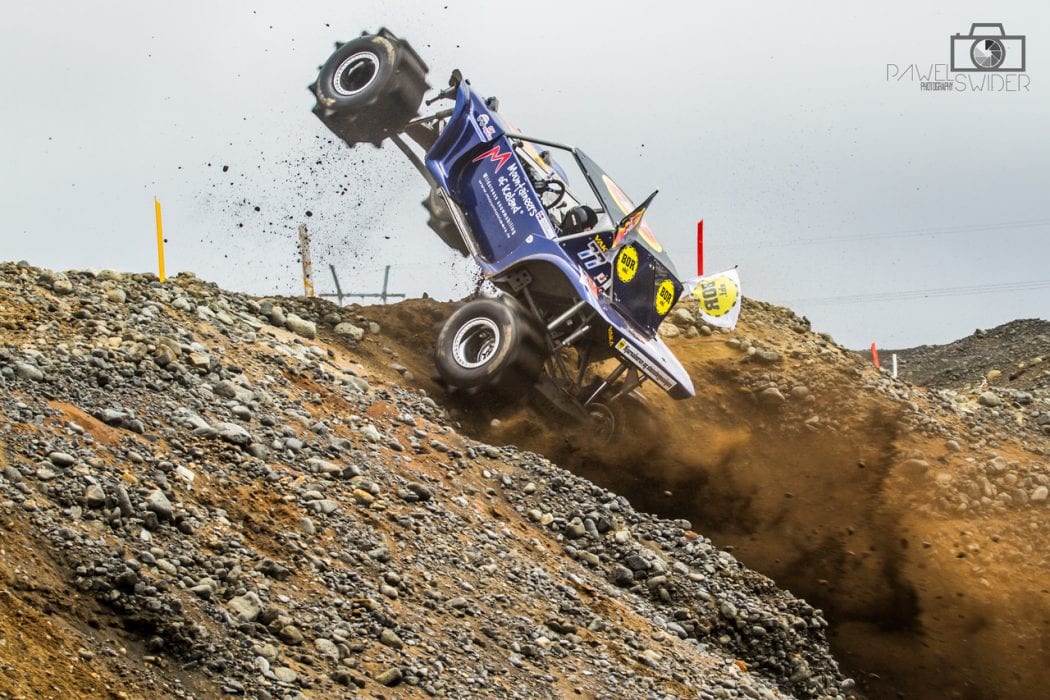 Mountaineers of Iceland are a proud supporter of the Icelandic formula off-road team, Guttinn Reborn.

The Icelandic formula off-road is a Motorsport invented in Iceland during the sixties with the first tournament being held in Reykjahlíð, 1965. A variation of this sport has since then spread to other countries as well. The formula off-road is set up with tracks that contain challenges to overcome, where the vehicle has to enter through a series of gates. A driver will receive points as he completes each track. Points are then also deducted as the driver violates the rules. E.g. stopping in the track, touching the gate, driving over the gate, reverses the vehicle, etc. A skilled driver can earn a “full house” of 350 points for each track. The least he can earn is zero.

Each tournament usually contains the one-time trial track, where the fastest driver earns 350 points. Each driver coming in behind him then receives his point relative to the fastest time, 1 point deducted for 1/10th of a second. 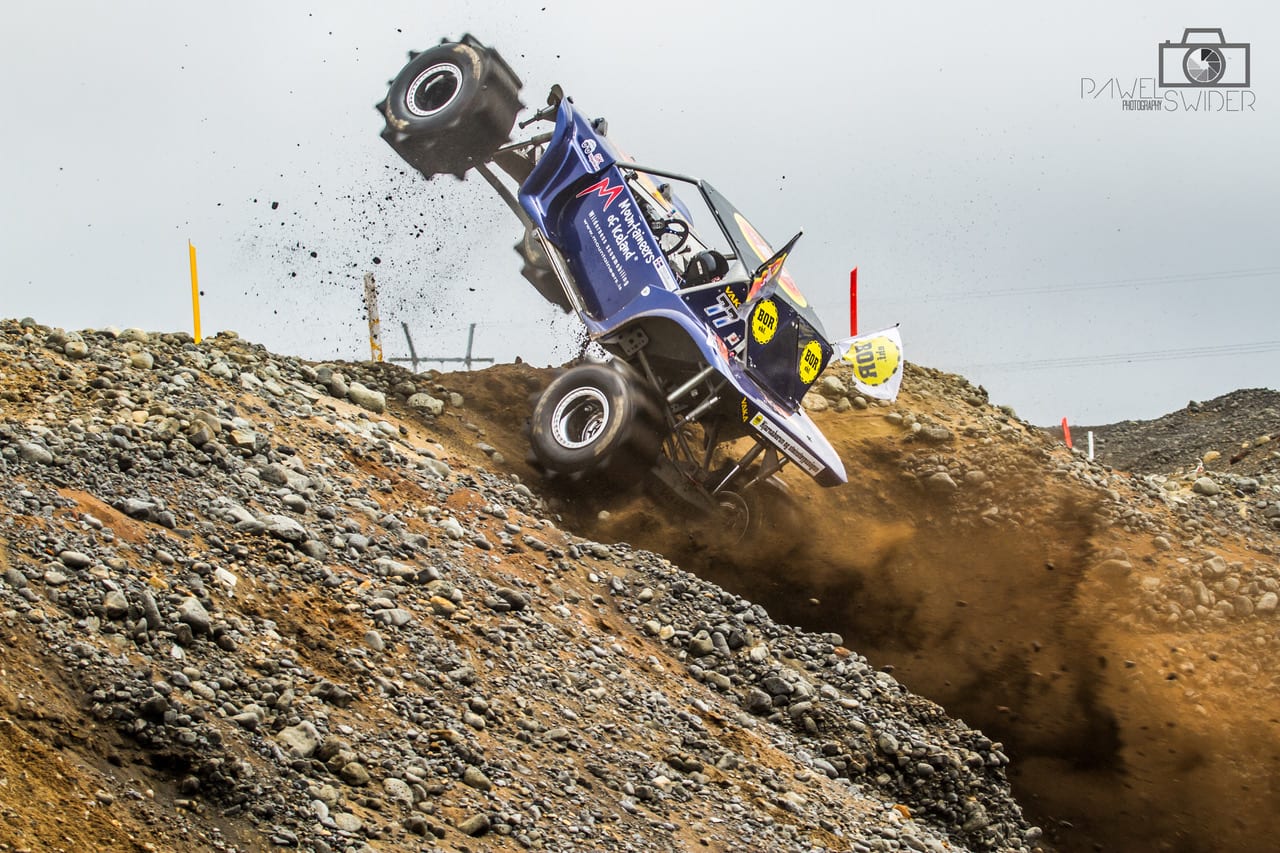 Mountaineers of Iceland support and sponsor Guttinn Reborn. Guttinn Reborn is the name of the vehicle driven by Ingólfur “Ingó” Guðvarðarson. Ingó has appeared in the formula off-road since 2010. He first competed in the street legal class and then moved onto the unlimited class in 2012. His first unlimited class 4×4 off-road competition vehicle was in Skien, Norway. He and his team, which includes his brother Kjartan “Galdri”, built a new beast in 2014. The new title worthy machine was renamed Guttin Reborn, with reference to the original car.

There are basically no restrictions in the unlimited class in which Guttinn Reborn competes. Gutting Reborn bears the number 77 when it appears in the formula off-road. It boasts a 936 horsepower Chevy LQ9 6 liter turbocharged engine, delivering 1173 lb/ft in torque. This makes it one of the most powerful vehicle’s in it’s class.

The chassis is custom built with a steel tube frame. The drive-train axles are a heavily modified Dana 60 front axles and a Dana 50 hybrid in the rear. The transfer case is then custom-built for the car by the team and their sponsors.

The formula off-road in Tennessee

Twelve cars from the Icelandic formula off-road are set to compete in the Bikini Bottoms offroad park, Dyersburg TN. Guttinn Reborn will be joining the pack and will be ready to tear up the hills in the upcoming fall. The Icelandic teams will be a part of a special formula off-road event which will take place during the weekend 5th – 8th of October, this year.

This is something that nobody should miss out on.

We, here at Mountaineers, wish our team the very best and we hope the return triumphant to Iceland.